Today, this was the view from my office window. A guy was was contemplating suicide on the ledge of the Dave & Busters building.  It began around 2:30PM and ended shortly before 5pm when the negotiator was able to talk him in.

The selfish asshole cost all those businesses millions of dollars and caused rush hour delays for many. 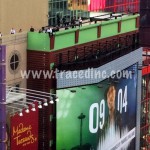 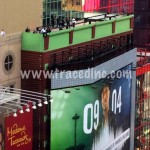 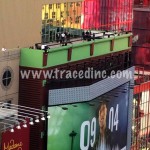 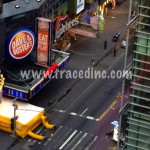 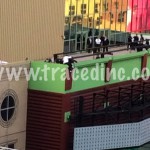 Tens of thousands of fans are in New York City this week for ComicCon 2014.  This event is huge.  Fans get to meet-and-greet with entertainers in town to promote their upcoming projects.

Not only did we catch Homer Simpson resting in Times Square, but we saw some of AMC-TV’s The Walking Dead cast outside ABC’s Good Morning America.

Greg Nicotero (Director), Steven Yeun (Glen) and Michael Cudlitz (Sgt. Abraham Ford) were super-friendly with the fans.  Lauren Cohan (Maggie) not so much.  Maybe, she’s shy.  They took the time to pose for photos, sign autographs, yuck it up.

While we were there, we saw singer Jessie J leaving. 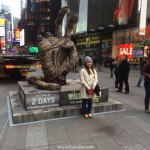 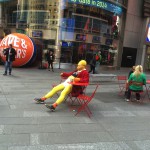 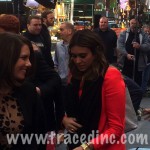 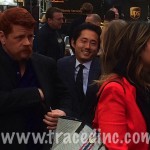 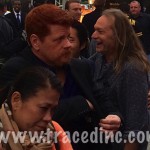 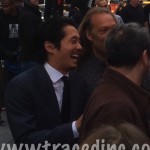 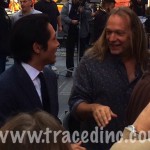 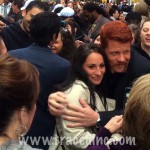 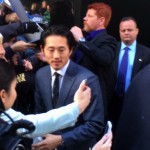 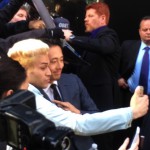 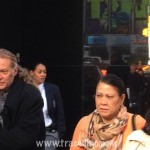 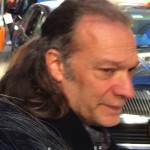 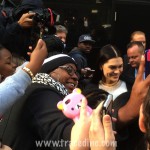 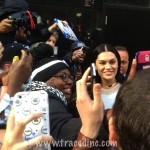