Shortly after lunch today, NYPD got a report that someone spotted a body behind the ‘Ripley’s Believe it or Not’ billboard on New York’s 42nd street.  I gathered my facts from bystanders on the street, as well as facts from the Daily News.

The Daily News claims that on Tuesday someone saw a person jump, hit the Ripley’s sign and fall behind it.  They also claim they’ve been looking for the jumper for two days.  I suspect they got their facts wrong.

Story I got was that someone spotted the body behind the sign today, the Hilton hotel checked the security camera, saw that the person had jumped Tuesday.

Police offers draped a black sheet to block the view from onlookers.

In October, a man tried to jump from this very same observation deck, but ultimately negotiators talked him off the ledge.  No idea if this is the same person they found today. 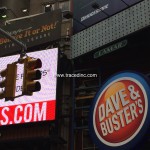 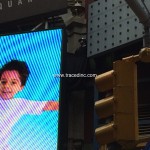 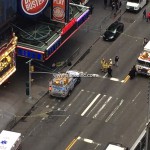