Today, I got a chance to see Michael Ian Black’s new show, Debate Wars, in New York City (thanks to Gotham Casting).  Debate Wars is a comedy debate show moderated by Michael Ian Black where two teams of comedians and improvisers enter the “Debatium” to settle, once and for all, the greatest arguments of all time.  It’s exclusive to NBCUniversal-owned Seeso, the newly launched ad-free comedy streaming channel.

The show was really funny.  The taping lasted 90 minutes.  There is so much good material, I don’t know how they’ll be able to edit it down to 30 minutes.  I won’t give any details and ruin it for everyone.

Our panel consisted of Andy Dick, Eugene Mirman (Bob’s Burgers), Janeane Garofalo, Phoebe Robinson.  I was lucky enough to pick some of Andy Dick’s note cards off the floor after the show.  He left the stage so I wasn’t able to get him to autograph the cards.

I spoke to Michael ever-so-briefly after the show.  He’s a really nice guy.  Very intelligent.  I’d love to have dinner or a drink with him. 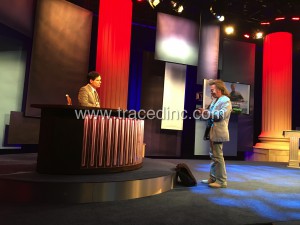 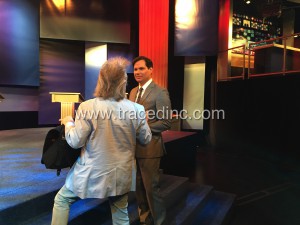