At 8am, I arrived at the site of Westfield’s Oculus/World Trade Center mall for both the mall’s grand opening, as well as for the grand opening of the new Apple Store.  All the stores which had finished being constructed were set to open at 12pm.

There were two people standing outside the store (3 including me), creating a makeshift line.  I expected to see a massive line like I had seen two weeks earlier at the opening of Williamsburg, Brooklyn store.  Then again, this is the financial district on a Tuesday.  Everyone in that area is at work.   And the mall was still under major construction.

At 9am, there were 10 people standing in front of the store.  The same awesome security company that Apple always uses was there with the same number of guards.  Apple staffers seemed devastated by the small turnout.

Security relocated us to an official waiting area far, far away from the store front.  We were down a set of stairs, past the Path train.  We stood by a ladder which the mall was using to replace lights.

At 10am, it was like magic.  The line started to grow, not just with mall people, but with diehard Apple fans.  Security handed out paper tickets to make sure people didn’t cut the line.

At 11am, the line was longer than I could see.  Hundreds of people.

At 11:50am, security escorted the first 20 of us closer to the store.  They took our tickets and then carefully led us to the entrance of the Apple store.  The mall was packed.  The Apple store itself was absolutely packed with Apple Store employees.  I’ve never seen so many.

Security was super-concerned about people cutting the line so they created a human wall to protect the integrity of our line.  Note: there were no metal barricades.  They were concerned it wasn’t enough so security asked 50 or so Apple Store employees to help out.  It was like Apple’s own version of hands-across-America.

There were a lot of people eyeing up the line because they wanted to rush it when the doors opened.

Twelve noon came and went because Westfield (the mall’s management company) had execs touring the mall and the CEO had a ribbon-cutting ceremony.  By the way, you’ll notice one of the Westfield execs was wearing a Coke can dress.

At 12:10pm, the CEO finished and Apple started their countdown.  Everyone received a black Apple shirt with pink lettering.  I went to the second floor.  Shortly thereafter, Apple’s Senior Vice President of Apple Retail, Angela Ahrendts, came upstairs.  Most people didn’t recognize her, but once they did, she was surrounded.  She spoke with people for fifteen minutes and was very personable.  When the crowd around her became too much, she exited via a hidden back elevator.

Had a lot of fun, met a lot of great people in line and in the store.  No, I don’t know if anyone was able to penetrate the human wall. 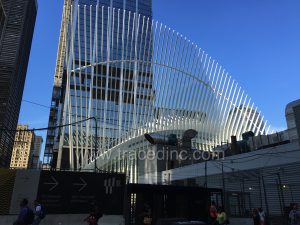 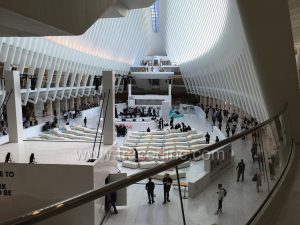 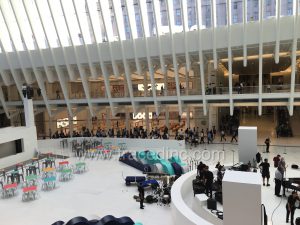 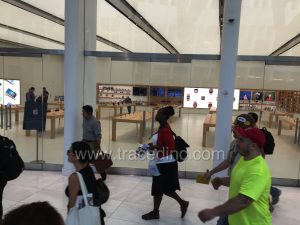 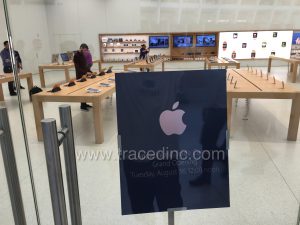 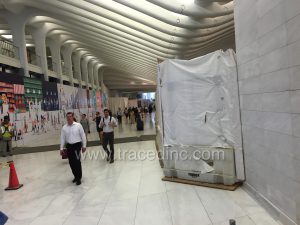 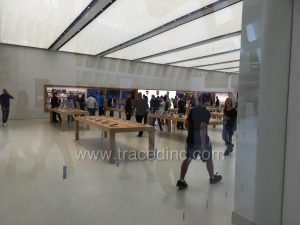 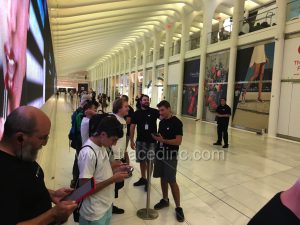 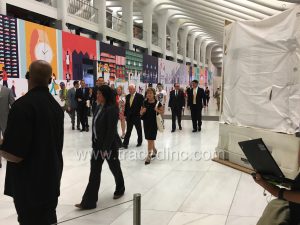 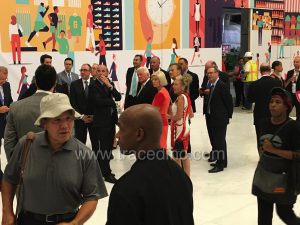 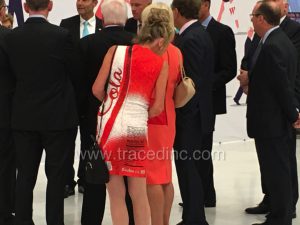 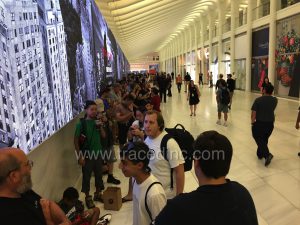 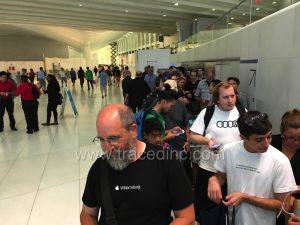 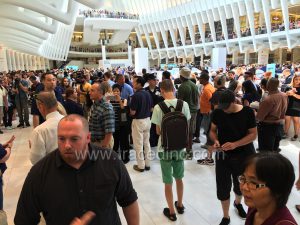 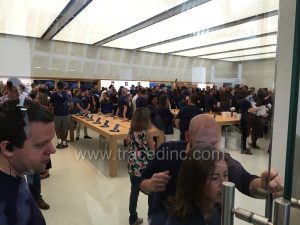 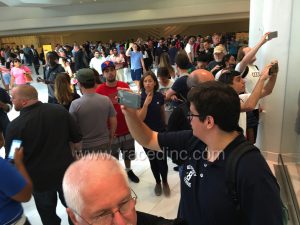 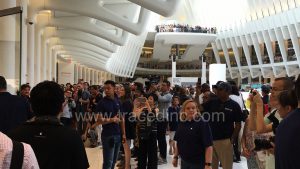 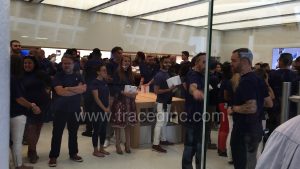 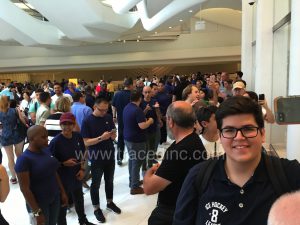 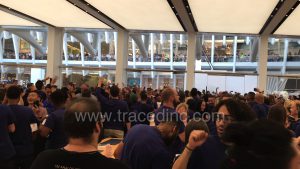 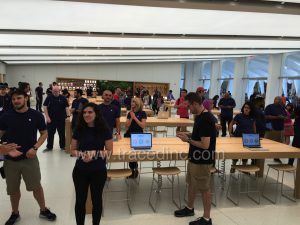 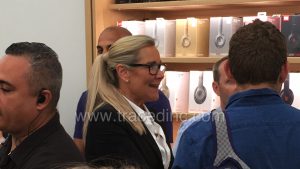 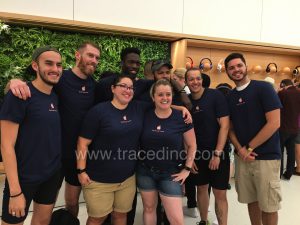 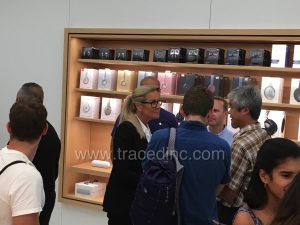 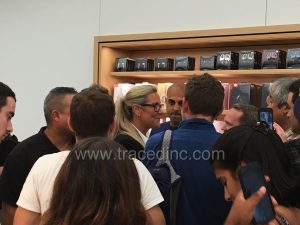 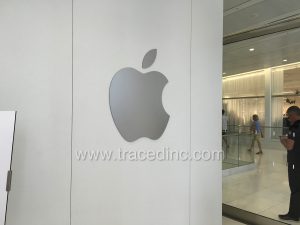 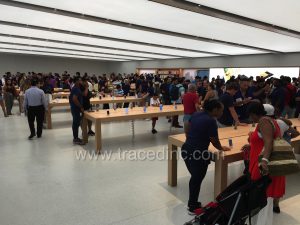